Sharing stories and lived experiences is not a one-sided exercise. The connection and conversation that comes from sharing is extremely powerful, even in a virtual setting. As a speaker with the Federal Speakers’ Forum (FSF), lawyer and diplomat Mélanie Bejzyk feels empowered each time she talks about her journey and that of others.

We recently sat down with Mélanie to talk about her lifelong passion for human rights, including the rights of LGBTQ2+ people, and how these conversations are more important than ever in a pandemic world.

Early in her career, Mélanie worked as a lawyer in the Department of Justice, and later as a diplomat and foreign service officer at Global Affairs Canada. Her interest in human rights began at a very young age, when she was inspired by her family’s resilience before the outbreak of World War II. At a time of intolerance and genocide, her grandparents fled Europe and arrived in Canada.

She shares, “If you look at a lot of the post World War II human rights declarations and international agreements, they're really about preventing the kind of terrible treatment that we saw. So, I was very inspired to study law and particularly human rights law and I always enjoyed hearing from other people that were sharing their stories and learning from them.”

Mélanie’s keen interest in other people’s stories and experiences made the Federal Speakers’ Forum a natural fit. As a member of the LGBTQ2+ community, it took a lot of courage to share her story, and it was a slowly evolving process. She participated in the Positive Space Initiative Training, a course offered by the Canada School of Public Service and LGBTQ2+ networks across the federal public service that focuses on raising awareness of sexual and gender diversity in the workplace. This training encouraged Mélanie, as she shares, “In this course, there was something really compelling about others sharing their stories, because it showed that you weren’t alone. So, I started to share my journey, too.”

However, not everyone wants to share their story. Topics related to LGBTQ2+ can be very sensitive and often involve intolerance, hatred, discrimination, or violence. During her time with the FSF, Mélanie has made it very clear that members of her audience should not feel obligated to share their own stories. There may be some people triggered by the subject matter, so she makes sure she has resources on hand to provide to participants.

But the subject matter doesn’t have to be serious and thought provoking all the time. It can also be funny! Mélanie shares, with a giggle, that on several occasions people have told her that she doesn’t look like a lesbian, to which she has raised her eyebrows. “What does a lesbian look like?” she asks. These types of misunderstandings can be humorous, and Mélanie doesn’t shy away from sharing them, encouraging others to do the same.

She has found that her audiences aren’t interested in a talking head, but rather someone who will guide the conversation and raise provocative questions to get people thinking. While she tries to tailor her presentations to the audience and their interests, she doesn’t have a running list of subjects to draw from each time. In some cases, she won’t prepare any stories beforehand. “Being a speaker with the FSF is a learning opportunity for me, and sometimes I’ll come to the audience with questions for discussion rather than my own stories, and see how it goes,” she says.

These discussion-based sessions moved from in-person to online at the beginning of the COVID‑19 pandemic. Now, all Mélanie’s FSF presentations take place over MS Teams, and she has seen several benefits as a result. There is extensive use of the chat function by participants to pose questions and share interests, which make her sessions much more of an exchange than a one-sided presentation. “These discussions can be a really powerful way to break the isolation which LGBTQ2+ people were already experiencing before the pandemic, which has only been amplified in many cases now,” she says. “Letting people know they’re not alone is all the more important in these pandemic times.”

Further to this point of breaking the isolation, Mélanie notes that equity-seeking groups should not be the only ones fighting for their own liberation. “We all need allies fighting alongside of us and need to go beyond awareness-raising to get at assumptions, stereotypes and systems that are biased against equity-seeking groups,” she says. People can get quite tired from fighting against discrimination, and the Federal Speakers Forum provides support by casting the net more broadly and allowing many others to be touched by stories.

“The FSF complements the data and statistics being collected on equity-seeking groups in the public service.” Mélanie shares, “It builds a network of diversity champions.” To those thinking of becoming an FSF Speaker, Mélanie says to go for it, if you feel ready. And don’t feel as though it’s a one-sided exercise, either—you’ll undoubtedly learn a great deal about others and yourself in the process.

Feeling like you want to become a speaker with the FSF? Or just want to learn more about the platform? If you are interested in either becoming an FSF speaker or hosting an event for your team, we encourage you to contact CDI@tbs-sct.gc.ca. Visit the FSF page on GCintranet (internal link). 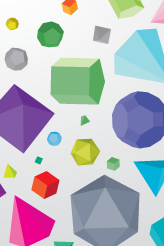 Mentorship Plus is taking flight
END_OF_DOCUMENT_TOKEN_TO_BE_REPLACED