Unveiling the Government of Canada's Standards on APIs

As part of our commitment to advance Canada’s digital agenda, it is with great pride that we present the Government of Canada’s (GC) first ever Standards on Application Programming Interfaces (APIs). APIs allow systems to communicate and share information with other systems. They are the backbone of a digital government. The Treasury Board of Canada Secretariat (TBS) has published these standards in order to best support departments and agencies in the development of APIs. The Standards on APIs are a game changer.

Delivering services has traditionally required that humans connect and communicate with each other. In order for the Government of Canada to deliver better digital services to citizens in this digital age, we need applications to communicate as well. So, how do we make this happen? The answer is by leveraging Application Programming Interfaces (APIs).

APIs are foundational to a modern digital ecosystem. They allow systems to share information with each other seamlessly and in real time. APIs will not only allow the Government of Canada to streamline their service delivery to citizens and businesses, they will allow us to quickly connect with other Canadian jurisdictions, private companies, and international organizations.

Making Government of Canada services and data available through APIs promotes the reuse and sharing of data within the Government of Canada and with Canadians, and supports a digital economy where private industry can better integrate their services with, and alongside, government. For example, Health Canada has produced an open data API for federal recalls including food, medical, consumer products, and vehicles. This API allows recall information to be delivered using a number of channels that are more accessible for citizens. Imagine a future where vehicle recalls are sent directly to your car’s Android-Auto or Apple Car Play, or where food recalls are pushed out to devices in your home such as smart fridges, Google Home Hub, or Amazon Echo. This is all made possible by leveraging APIs.

These standards on APIs have been assembled through a variety of partnerships and consultations, both within and outside the Government of Canada. We initially looked to the United Kingdom’s API technical and data standards, and to New Zealand’s API standards and guidelines. We’ve collaborated with experts from multiple federal departments/agencies, as well as Canadian provinces, territories, and municipalities. Together we have defined a solid approach for developing APIs, and as technology and standards change we will be updating our documentation.

How government is adapting

To help ensure consistency and to support integrated digital processes across GC departments and agencies, the Treasury Board of Canada Secretariat has updated the Directive on the Management of Information Technology with a section on Interoperability in Appendix C: Mandatory Procedures for Enterprise Architecture Assessment and Appendix D: Mandatory Procedures for Application Programming Interfaces which took effect December 1, 2018. Any new processes for the development of APIs must adhere to this directive going forward. In a nutshell, we want to develop APIs that follow the Government of Canada Digital Standards, align with industry best practices, respect privacy, and are secure.

These standards are part of our digital exchange strategy. We encourage you to make an account and join the discussion on GCcollab.

Have any questions? Want to share your thoughts? Connect with us by email Open-ouvert@tbs-sct.gc.ca or in the comment box below. 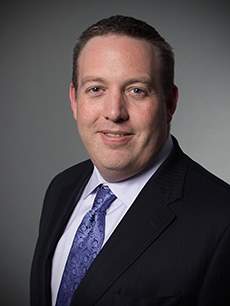 Marc leads the Government of Canada (GC) Information Technology policy, strategy and oversight functions. He has had a long and successful career as a senior public and private sector executive in information management and technology. Prior to becoming the GC Chief Technology Officer, Marc served as deputy departmental Chief Technology Officer (CIO) and acting departmental CIO at Treasury Board Secretariat. Prior to joining the GC, Marc was Vice-President of Business Development for a local eCommerce Services start-up. Prior to that, he spent 13 years at MONTAGE IT Services, a division of MTS/Allstream, where he held numerous positions in technology consulting and business development.

Mentorship Plus is taking flight
END_OF_DOCUMENT_TOKEN_TO_BE_REPLACED